From English Lessons To Worldwide Business In 18 Months

Have you ever met a person that fascinated you so much that they ended up changing the course of your life forever?

After 450 days of traveling around the world by train, boat, plane, bus, car and foot, I finally arrived at my final destination.

Originally from France, I was a new immigrant with no contacts, no job, no experience and poor written and oral English skills.

After doing some small jobs for a year through a boat factory and a ship chandler, I made a big jump in 2007 and started a new venture as an independent boat broker. It was an immense challenge for me. I was taking English lessons and was always so nervous to communicate with clients or prospects because of my limited written and oral English skills.

I was struggling, living in the hamster wheel and trying to establish myself in this new country. Luckily for me, a life-changing event happened that year.

While browsing a boat for sale website, I stumbled upon a beautiful sailing yacht. After looking closely at the photo, It reminded me of an afternoon in August 2000. I was 20 years old and had a summer job as a lifeguard on a beach in the south of France. While on duty, a magnificent 80’ sailing yacht approached the shore to set anchor near our bay. I later learned that the owner was a businessman from Canada and had been sailing around the world for 7 years.

So, back to browsing the boats for sale website. My suspicion was confirmed after researching the owner’s website and looking at his travel map and diaries that corresponded perfectly with this afternoon in August 2000. 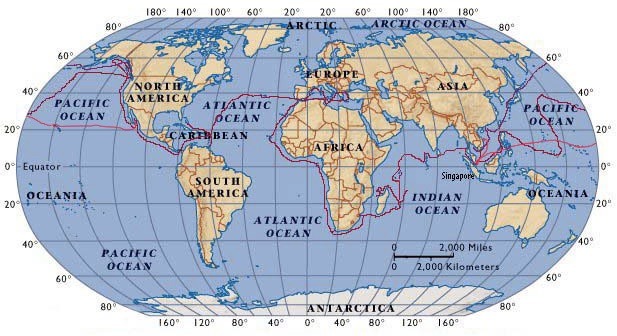 I was just starting my career as a boat broker and a listing of this caliber was even out of my imagination. Despite my difficulties communicating in English, I decided to take my chance and call the owner.

I was so nervous but finally made the call. Luckily, after a few words and a basic conversation, the owner recognized my strong French accent and proposed to switch to French as he had double nationality (French and Canadian). I immediately shared the story of the afternoon on the beach 7 years earlier and how magnificent I thought his boat was. I then told him that I wanted to help him sell his boat. Surprisingly, he seemed open to the idea of meeting me.

We scheduled an appointment in one month’s time. My plan was simple: impress him and prove that I was absolutely determined to sell his boat.

Because I didn’t have much money, I hired a guy from India that I found on Craigslist and asked him to build a full website showcasing the boat for sale. I also designed a custom brochure, postcard and a powerpoint presentation.

My plan worked well and after our first meeting he was very impressed and decided to give me a chance to sell his yacht.

Lesson 1: “’Your I Can‘ is more important than your IQ. ” It doesn’t matter how much you know or how much experience you have. Your first step to achieving success is to take action.

Hard work and preparation are your 2 best friends for success.
I didn’t have the perfect English neither did I know much about sailing superyachts, but I had a burning desire to get this listing and I worked so hard for it.

The more I got to know the owner as we discussed his boat, the more I became absolutely fascinated by his life story. He had started from nothing to having built a multi-million dollar worldwide company, sold it and traveled the world for 7 years on his yacht.

He expanded my thinking and freed myself from the limiting beliefs that prevented me from realizing my dreams in life. You see, I remember reading that trainers of baby elephants would tied a rope around their necks and attached them to a pole securely planted to the ground.

The elephants quickly learn that when they try to run away they hurt themselves, pulling on the rope. By the time they are adults, trainers can attach them to a small pole, which they could easily rip out of the ground but never do because they have been conditioned to believe that when they have a rope around their neck, they can’t go anywhere.

Just like the elephant trainers, my new mentor Gerard was helping me remove my rope and I was finally ready to kick some ass in my life and career. As a result, just 18 months after starting a company, my partner and I had built an international company doing business for clients over 5 continents.

Lesson 2: The size of your success is limited only by the size of your thinking (David Swartz). You can have anything you want, but you have to believe that you can achieve it. A proper mindset will help you 10X your road to success and achievement. 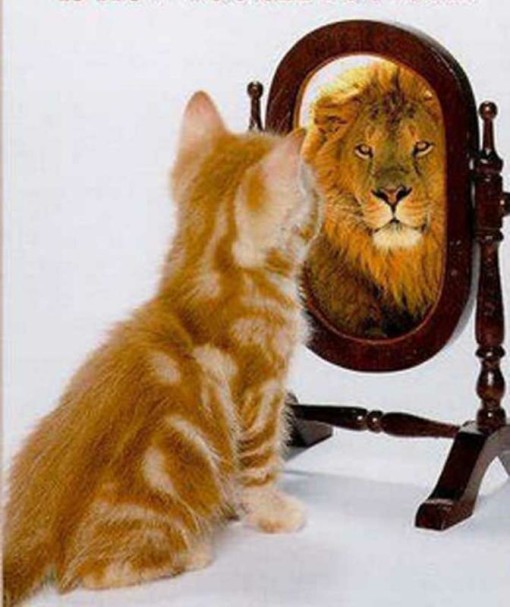 So how did this happen so fast?

As soon as the boat was listed, I started working so hard to promote it. I knew that my only chance to sell the yacht was to market it online so I did a virtual tour for it.

Other brokers were impressed by the results and asked me to help them promote their boats. It took over a year of hard work, but we finally got an accepted offer in 2008.

A couple of weeks after this, I flew to Fort Lauderdale and started offering marketing services to shipyards. This is how my partner Michael Hrustaliov and I started Prestige Vision Inc. Since then we have served over 250 shipyards worldwide with a team of up to 25 people and doing nearly 2000 custom luxury virtual tours.

Finding a mentor doesn’t necessarily mean meeting and building a friendship with a millionaire adventurer on a super yacht like I had the chance of doing. For instance, I have never had a chance to meet my second mentor.

The first time I heard about him was while reading an article in the Wall Street Journal called: “How to sell a $35,000 watch in the recession. “

The article depicted the story of a world-class sales trainer called Jean-Marie Brücker. He was working with the top luxury brands in the world like Cartier, IWS, Van Clef & Arpels, etc. He was described as a world class trainer, drove a Ferrari and had a collection of over 60 luxury watches and opened offices in the most prestigious cities around the world like Hong Kong, Shanghai, Paris or NYC.

I read the article so many times and was absolutely mesmerized by his character. I always had huge respect for the profession of selling but was a strong believer in the power of coaching and teaching too.

My original career plan was to be like my parents and older sister by becoming a teacher. So I graduated with a bachelor in coaching and education and then realized that I was more attracted to business so I pursued a Masters in event management.

Just like Gerard inspired me to travel the world and build a worldwide company, Jean-Marie inspired me to become the best, to be world class in sales and teach brokers how to sell one of the most luxurious products in the world: boats and yachts.

I literally became obsessed with learning. I quickly realized that there were no shortcuts to experience like there are no shortcuts to knowledge. Luckily for me, I was traveling up to 200 days of the year and spending thousands of hours at boat shows so I was gaining a lot of experience.

My only way to fast track my access to knowledge was to read as much as I could. The more I scratched the surface, the more I wanted to reach the roots of knowledge.

As billionaire entrepreneur Elon Musk once said, “it is important to view knowledge as sort of a semantic tree — make sure you understand the fundamental principles, ie. the trunk and big branches, before you get into the leaves/details or there is nothing for them to hang on to.”

In other words, knowledge has a logical structure to it, and you need to understand the foundations before moving to the extremities.

If I wanted to become the best in sales, it was essential that I learned the fundamental principles of business first. The field that was the most connected to sales was marketing. My favorite definition of marketing is that ‘it is the shortest path to the sale’. So I learned everything I could about marketing. Next, I needed to understand why consumers acted the way they did so I learned everything I could about consumer behavioral psychology.

Learning became an obsession, I was completely hooked. At one point I was reading 1 book a day and was averaging over 100 books every year.

Last year, I finally made the jump and launched my first sales training called “The 30 Secrets to Boat Sales.”

I have enrolled 104 brokers in the first 9 weeks and the response has been phenomenal.

Lesson 3: ‘An investment in knowledge always pays the best dividend’ (Ben Franklin). Remember, success is not something you own. It is something you rent and the rent is due daily. Try to learn everyday.

I am so grateful. None of this would have been possible without the help and inspiration from my two mentors Gerard and Jean Marie.

Mentorship will help you speed up your road to success but remember to always follow the 3 essential rules:

I will finish this article by sharing a great story about the value of knowledge that I read a couple of weeks ago.

“A giant ship engine failed. The ship’s owners tried one expert after another, but none of them could figure how to fix the engine.

They then brought in an old man who had been fixing ships since he was young. He carried a large bag of tools with him, and when he arrived, he immediately went to work. He inspected the engine very carefully, top to bottom. Two of the ship’s owners were there, watching this man, hoping he would know what to do. After looking things over, the old man reached into his bag and pulled out a small hammer. He gently tapped something. Instantly, the engine lurched into life. He carefully put his hammer away. The engine was fixed!

A week later, the owners received a bill from the old man for ten thousand dollars. “What?!” the owners exclaimed. “He hardly did anything!” So they wrote the old man a note saying, “Please send us an itemized bill.” The man sent a bill that read:

Effort is important, but knowing where and how to make an effort will make all the difference!

And when it comes to selling more boats and yachts, know “where to tap” is key!

As well, having the right mentor is KEY too.

Someone who has a successful track record of selling boats and yachts. Someone who can give you the right knowledge, the right mindset, and motivate you to action! However, finding a mentor can be hard.

And sometimes it requires luck.

But today is your lucky day.

Because I’ve put together a 6-Week Sales Masterclass program where I’ll take you by the hand and show you “the ropes”.

I’ll give you the knowledge, mindset and motivation you need to become a highly-paid boat and yacht broker.

If such an offer interests you, I urge you to read about the Sales Masterclass, here: www.yachtsalesacademy.com/courses/sales-masterclass/

Doing so, will not only show you “where to tap” so you can make those BIG commission checks, but — and this is KEY — it just may be the one thing that changes the course of your forever.

Vincent started the academy in 2015 to help brokers, brokerage owners, and marine sales pros, sell more boats. Since then, he's managed hundreds of marketing campaigns, helping his clients market and sell millions of dollars in boats and yachts.