28 Things Boat Buyers Want From You — How & Why People Buy

Billions of dollars are spent every year on sales training.

But before spending all that valuable time and money on learning how to sell, have you ever taken the time to understand why people buy?

You see, we often try to resolve problems by focusing on just one side of the solution.

I learned the lesson one day when I was around 10 years old. I was sitting in the kitchen having breakfast when my mom tried to open a new jar of jam. She couldn’t open it so before she asked my dad to do it, I quickly volunteered to open it.

I proudly grabbed the jar, held it firmly with my left hand and used all my strength with my right hand to try to open it. My hands were hurting, my face turned red and of course, the lid didn’t move a single millimetre.

My dad, who was looking at me with amusement, finally offered to help. He told me I had more than enough strength to open the jar.

He then proceeded to show me a simple technique that until today, has helped me open every single jar. Instead of holding the jar firmly with my left hand, he told me to rotate my left hand to the opposite side. That way my right hand would only need to do half of the work to open the jar.

His technique made so much sense! I had 2 hands so why not use each hand and apply strength the opposite ways rather than using one hand… 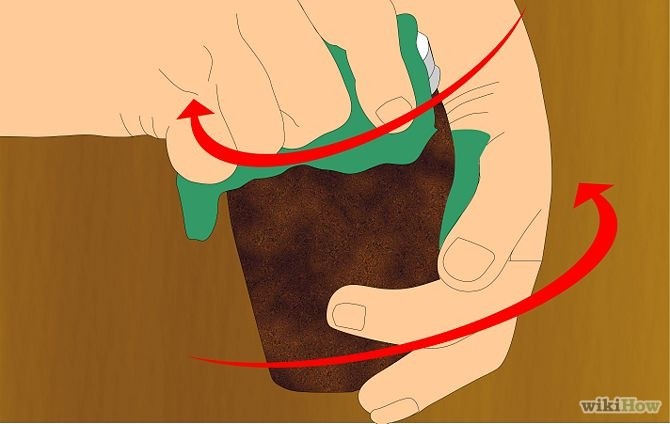 You will need twice as less effort to close deals if you take the time to understand who you are selling to and what their motivations and motives are, rather than just focusing on learning how to sell.

Not taking the time to put yourself in the shoes of your clients might hurt your business significantly, even if you think you are doing the right thing.

Let me give you a concrete example:

In the last few years, I have seen a lot of exhibitors at boat shows using therapeutic carpets to increase floor traffic and attendance during shows. But, I recently learned that according to new research by John Meyers-Levy, the way people judge situations is influenced by the ground beneath them and the environment they are in.

“When a person stands on carpeted flooring, it feels comforting,” says Meyers-Levy. “But the irony is that when people stand on carpet, they will judge products that are close to them as less comforting.”

When people stood on a soft carpet and viewed a product that was moderately far away, they judged that item’s appearance to be comforting.

However, people who examined products while standing on this same plush carpet judged items that were close by as being less comforting than they did if the products were moderately far away. If you have soft carpet, don’t throw it away, but instead just put hard flooring next to your products. This example clearly shows us the dangers of not considering our clients’ emotions.

Now let’s try to take the opposite scenario to see if a consumer might actually dislike a service or product in an uncomforting environment.

It was an experiment conducted in the Washington subway with a world class violin player, Joshua Bell. In 2007, a journalist from the Washington post enlisted renowned violinist Joshua Bell to play incognito at the entrance to a Washington Metro station during morning rush hour.

About a thousand morning commuters passed through the subway line in Washington, D.C. and were, without publicity, treated to a free mini-concert performed by violin virtuoso Joshua Bell. Bell played for approximately 45 minutes on his handcrafted 1713 Stradivarius violin ($3.5 million).

Three days earlier, Bell had played to a full house at Boston’s Symphony Hall, where seats were sold for over $100.00 each. But on this day, Bell collected just $32.17 for his efforts, contributed by a mere 27 of 1,097 passing travelers. Only seven people stopped to listen and just one of them recognised the world-class performer.

The point of the story?

Presentation has a huge influence on the perception of quality, so always pay very close attention to the environment your clients are buying your products in. Many surveys have found people will frequently designate one of two identical items as being distinctly better than the other simply because it is packaged or presented more attractively.

Let’s take Whiskey for example. Why do some people choose Jack Daniel’s while other’s choose Johnny Walker, Glenfiddich or any other brands? The reality is these brands have different images that appeal to different kinds of people. It isn’t the whiskey they choose, it is the image.

It is the same in the boating industry. They are thousands of boat builders worldwide, and buyers can’t try or inquire on every single model prior to a purchase. They will be attracted to the boat that is the most associated with their image.

So why will a client choose my brand over another?

“If you want to sell what John Smith buys, you have to see through John Smith’s eyes.”

Once he is ready to make his final decision, John Smith will ask himself only one question, whom can I trust the most to give them my money? Did you ever ask yourself how you could gain a customer’s trust?

The majority of the companies out there focus their advertising on the product and not the client.

Trust is engendered by your brand image, which combines your value and your credibility, minus the risks and fears in the customer’s mind. So, to maximise your chances of profit and gain market share, make the advertisement about them. The point is to stop using advertising that’s about you and start using advertising and marketing that is about them.

So one thing you can be sure is your customers make emotional decisions and then justify those decisions by rationalising them after the fact.

People are not rational creatures and it has been demonstrated numerous ways.

One of the first very persuasive piece of evidence came from Dr. Antonio Demasio, while studying a patient named Elliot who had lost the ability to experience emotions due to a brain tumour.

He was a perfectly rational creature. Demasio discovered Elliot was pathologically indecisive because he couldn’t experience emotions. He struggled to make even the smallest decision. He would spend hours to figure out what to have for lunch. When presented with two commercial offers, he would spend all day deciding which one to choose.

The environment in which your clients shop has an immense importance into their emotional decision taking process. After the environment, another very important consideration is to understand the customer’s expectations.

So, have you ever asked yourself the following question: What Do The Customers Want From You? I was reading a book by Sales Guru Jeffery Gitomer, and he shared an interesting list of 28 things buyers actually expect from you:

#1 Just give them the facts. Your clients love to buy but hate being sold. Do not pressure them by applying obvious sales or pressuring techniques.

#2 After getting to know me a bit, get to the point.

#3 Tell them the truth and don’t use words like “honestly”, “trust me” etc…

#4 If you say something that they doubt or know not to be true, most likely you will lose the sale.

#5 They want an ethical salesperson. Don’t talk ethics. Show them action. The salespeople that talk ethics are usually the ones without them.

#6 Give them the reasons why your product is perfect for them.

#7 If they need what you are selling, then they need to understand what they will benefit from buying it.

#8 Show them some proof. Grab an Independent article.

#9 Show them they are not alone. Give them a similar situation where someone like them bought the boat and were satisfied.

#10 Show them testimonials of satisfied clients.

#11 Tell them and show how you will serve them after the sale.

#13 Tell and show them that the price is fair.

#14 Show them the best way to pay. Give them an alternative or some choices, but let them decide.

#15 Tell them what you would honestly do if it was your money.

#16 Reinforce their choice. They might be nervous so give them the facts that are beneficial for them.

#17 Don’t argue with them even if they are wrong. You might win the argument but lose the sale.

#18 Don’t confuse them. The more complicated it is, the less likely they are to buy.

#19 Don’t tell them any negative things. Especially about your competition.

#21 Show them briefly your product is of great quality.

#22 Don’t tell them what they bought or did was wrong. They want to feel smart.

#23 Listen to them when they talk. Listen to their problems and concerns. Make the presentation all about me.

#27 Impress them by your attitude, dress code and grooming, and friendship, but don‘t make them think you are being superior or condescending.

Another simple method to increase your sales closing ratio is to consider the fear of your clients and make the necessary actions to reduce or remove them from the sales process.

So, did you ever go through an important event or process in your life, and you didn’t know what was going to happen beforehand? Maybe you purchased a new car or underwent some kind of medical procedure. Or maybe you were making a BIG purchase, such as land, or a home, or a building. And when you didn’t know what to expect, didn’t you feel a bit nervous? Even a bit lost? Even worse…didn’t you feel a bit fearful? Well, believe it or not, that’s how most of your clients feel when they work with you.

Let’s try to identify what your customers can be afraid of:

• A bad past experience

• Making a decision between two or more brands

Always work on removing the fears, indecision and procrastination from your customers. Your prospects will have to overcome many fears to invest in their dream boats and the more you help them in this process the more you will have chances to be the one selling it to them.

In conclusion, always put yourself in your clients’ shoes before even considering learning how to sell. Remember the importance of the sales environment, but as well as your clients expectations and fears. Follow the advice of  Jay Abraham who said: “The way to greatness today is to transfer your ultimate passion away from your product, service, company, and instead, fall in love with your clients.”

It takes a lot of time and effort to understand what’s in your consumer’s mind. The majority of the sales literature will focus on sales training, but you can still find some great resources related to consumer behaviour too.

P.P.S. I’m doing an exclusive virtual Listings & Sales Workshop with a small group next month to go deep in applying my best strategies to your brokerage business.

Would you like to join us? If so, go here and enter your name and email for more details!

Vincent started the academy in 2015 to help brokers, brokerage owners, and marine sales pros, sell more boats. Since then, he's managed hundreds of marketing campaigns, helping his clients market and sell millions of dollars in boats and yachts.

GET STARTED Today By Applying The Strategies Inside Our FREE eBook: